May the blessings, bless us all! 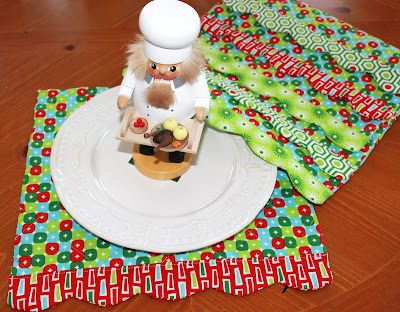 You're probably thinking....
"hey! You're not supposed to start the Sew Along
until January 2nd!"
Well I can't win any of the prizes,
so I can start whenever I want....neener neener!
I made a set of 6 place mats for my wonderful DIL out of these
bright modern prints from Robert Kaufman.
I used a pattern from my new book that I received just this week.
It's Sweetwater's Simple Home and it's 55% off
over at Connecting Threads.
It has 35 projects in it and I'm already trying to decide
which one to do next! 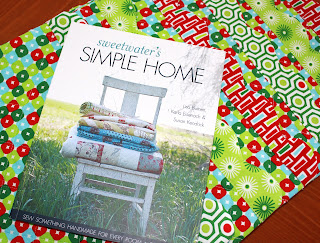 About 15 years ago we were at church one Sunday and a young girl was being baptized.
Her uncle was there and asked the Pastor if
he could say something after the baptism was over.
So immediately after the baptism, the Pastor had the uncle
come up to the microphone to share what was on his heart.
You could see that this man was not used to public speaking
and that in the emotion of the moment, he had completely forgotten what he wanted to say.
He stood there quiet for a moment and then he said,
"May the blessings bless us all!"
It was so cute!
It was clearly not what he had intended to share
that afternoon, but we liked it so much in our family
that we say it often :)
So this is one of those instances where that quote
comes into play for us again.
My son was doing an estimate last week
and called me to ask me
if I knew who Robert Kaufman was.
Hello? Um YES!!!
Turns out that's where he was
and he mentioned that his mom was into quilting
and the guy hands him this fat quarter "mega" bundle
to give me!
Yeah....40 fat quarters!!!! 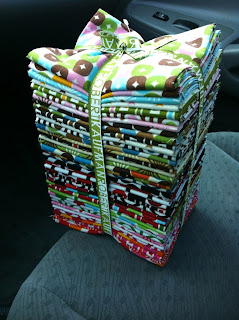 My wonderful son brought me this lovely stack
on Friday night and now I've made a set of
Christmas place mats for his little family.
So once again,
the blessings have blessed us all!!!
I wish you all a VERY blessed New Year! 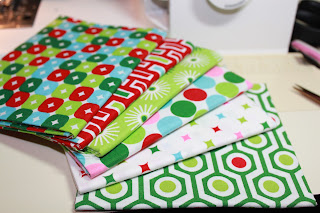 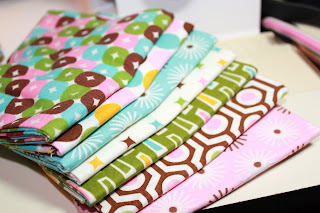 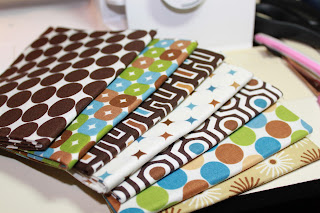 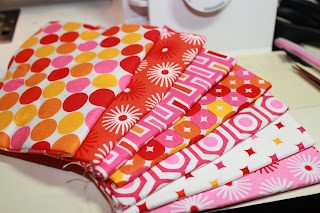 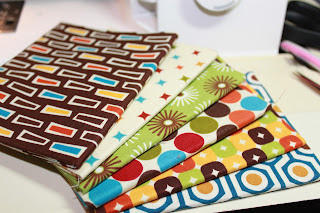 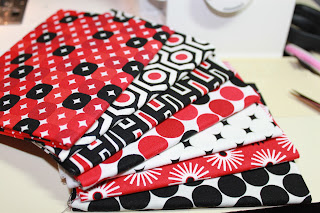 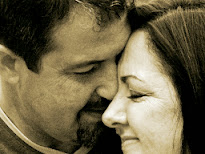 Hi, I guess I'll start with the details. My name is Karen and I am a born again Christian who loves the Lord Jesus with all my heart. I have been married to my high school sweetheart for over 38 years. He is my best friend and partner in crime :) We have 2 children and 8 grandchildren! I have always loved sewing and crafting. We recently moved to Idaho to grow our home business and now my handsome hubby works with me full time. God had truly blessed us!!!
Email - CTorres@Sewmuch2luv.com

Promote Your Page Too